Carol Carkin is a native Charlottean who finds life in Concord refreshing. She is entering her twelfth year of full time ministry.  She celebrates the generosity and innovative spirit of the people of Central.  She is passionate about leading us in seeking the welfare of our community and deepening our connection to God and one another. Sharing the transformative power of the love of God made plain in Jesus is at the heart of her calling.

Associate Pastor Ben Sloan is a graduate of Wesley Theological Seminary and was ordained as an elder in June 2019.  Most recently he was the lead pastor at Bethany UMC in Albemarle.  He served as Adjunct Professor at Pfeiffer University, teaching International Aid and Development.

Ben is married to Rosalyn, a nurse with Cabarrus Health Alliance.

Ben is versitile; fluent in Spanish, and proficient with guitar, voice and harmonica.  He's an artist, working with pottery, oil and watercolor painting, performance art, charcoal drawing and digital art.

Susan Renz is Central’s Minister of Music, having  joined the staff in October 2014.   She grew up in Rochester, New York and attended the Eastman School of Music Prep Department, studying piano and organ for seven years.   In her musical career, she served First Baptist Church of Oak Ridge, Tennessee, Norcross First United Methodist Church, Georgia, and several other Christian and Jewish congregations in Connecticut.  She was the accompanist for the Waterbury Chorale, SingOutCT! and Collegium at the Taft School while living in Connecticut.  She currently is the accompanist for Young Voices of the Carolinas, and teaches a few piano students in Concord.

She has two grown sons, Kenny ( 31 ) who lives outside of Washington, DC, and James ( 27) who has moved to Oslo Norway to be with his future bride, Lene.  Susan's hobbies include running, pilates and photography.

Donna serves as the Choir Director for the Chancel Choir. She joined the music team at Central in 1994. She received her Bachelors of Music Education in Choral Conducting from Winthrop University. She studied choral conducting with Dr. Robert Edgerton and former Oratorio Singers of Charlotte Director, the late, Dr. Mary Nell Saunders. Currently, Donna is also the Director of Carolina Voices’ Festival Singers, serving there since 2004. She was a singer with the Oratorio Singers of Charlotte for twenty-five years as well as the Associate Conductor for the last ten of those years.

April Travis grew up the daughter and granddaughter of United Methodist Ministers.  The majority of her childhood was spent residing in Mineral Springs, NC in Union County.  She graduated from Pfeiffer University with a Bachelor of Arts degree in Christian Education in 2004. She also earned a Master of Divinity degree from Candler School of Theology at Emory University in 2007.

Email Amy
Amy Beaver, born in Chicopee Massachusetts, is the youngest of six children, whose father was in the United States Air Force for twenty years. Upon his retirement, her family moved to Concord. Friends invited them to attend church and as a result, her parents and family accepted Christ and that is when her spiritual development began. She attended Mount Pleasant Elementary and Middle Schools, and then graduated from Northside Christian Academy in Charlotte. She met a young man in her home church and became engaged right after high school and married in 1983.

Jelena ‘J’ Krum grew up attending United Methodist churches in Ohio and Virginia. She graduated from Virginia Tech and moved to Charlotte to join the original counterparty credit team at NationsBanc Capital Markets as a research analyst. She met her husband, Brian, when they were both members of this team. Shortly after, she was invited to join the newly formed Financial Intuitions Credit Policy team as a credit analyst. Switching gears, she was accepted into the technology management training program. After graduating from the program, her roles included developing target organization plans for a division executive during the Bank of America merger, technology project management, and implementing standard project processes.

Jelena then spent several years focused on raising her children, Austin and Lauren. She was a regular tutor and volunteer at area schools and churches during those years. She also worked as a reading and math interventionist at a charter school. In addition to spending time with her family, Jelena enjoys reading, daily long walks with her dog, and yoga.

Send us an email

Bad Guys in the Bible 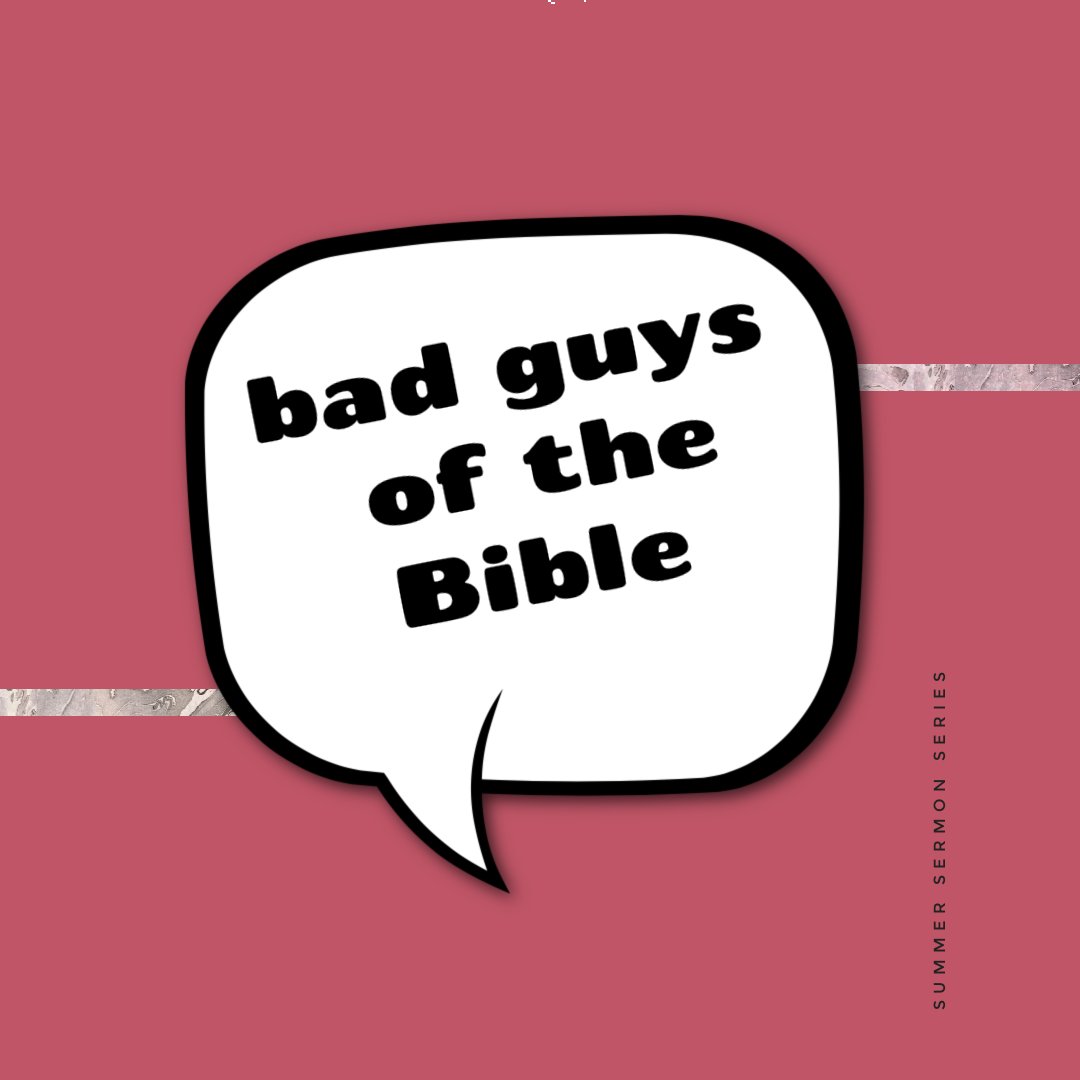 Join us for our summer sermon series, Bad Guys of the Bible, beginning June 13th. #beyondthesteeple