Email Amy
Amy Beaver, born in Chicopee Massachusetts, is the youngest of six children, whose father was in the United States Air Force for twenty years. Upon his retirement, her family moved to Concord. Friends invited them to attend church and as a result, her parents and family accepted Christ and that is when her spiritual development began. She attended Mount Pleasant Elementary and Middle Schools, and then graduated from Northside Christian Academy in Charlotte. She met a young man in her home church and became engaged right after high school and married in 1983.

She attended and graduated from Rowan Cabarrus Community College in 1986 with an Associate Degree in Nursing. Her first experience as a new graduate was in a cardiac telemetry unit. With the birth of her first child and changing circumstances, she later began employment with Cabarrus Pediatric Clinic in Concord. In order to spend more time at home following the birth of her second child, she took a weekend job at Cabarrus Nursing Center in Concord. She then transferred to Rowan Regional, where she had been for 18 years serving the last seven as the charge nurse in the Outpatient Surgery Department. She was one of the 2009 nominees for the Great One Hundred Nurses and also won the Customer First Award.

Amy has been at CUMC since January 2010. She and her husband Ricky have been married over 30 years and have three children and three grandchildren.

She is active at her home church, Landis Baptist Church, especially in the area of music. She is the pianist and enjoys singing as well. Going to Charleston with her husband and the beach with her family in the summer are two of her favorite things. Spending time with the grandchildren and fishing are other activities she loves!

Amy can remember as far back as three or four years old wanting to be a nurse. "The desire to help others has always been in my heart. I do not see what I do as a job but as a ministry, a calling."

John 13:35 "By this shall all men know that ye are my disciples, if ye have love one to another."

Send us an email 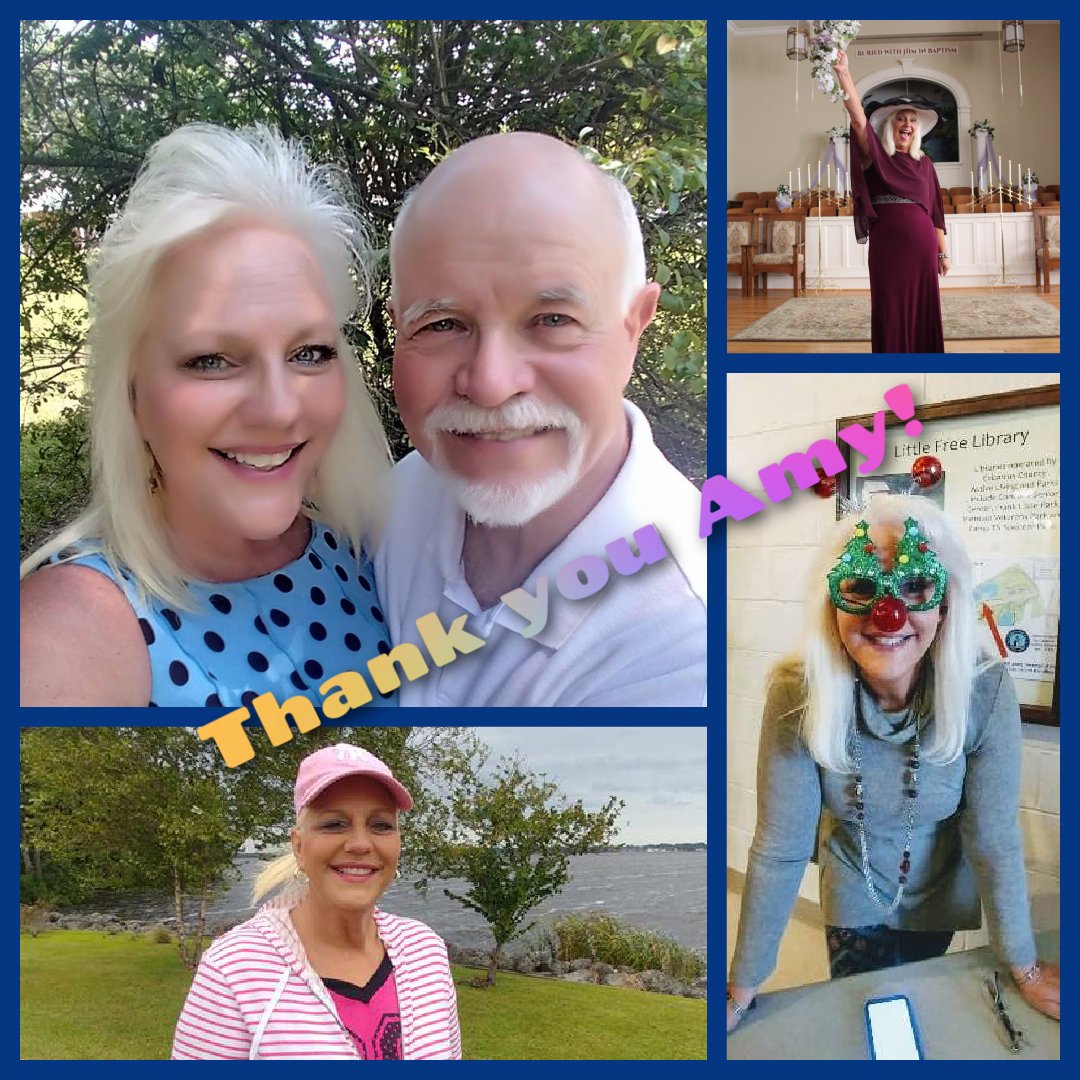 On #NursesDay we celebrate our Parish Nurse, Amy Beaver. She is a kind soul with a generous heart and a fearless dedication to us!